Desirée Garcia is an interdisciplinary humanities scholar, trained in American Studies, Ethnic Studies, and Film and Media Studies. Her areas of specialization include the musical film and race and ethnicity in American culture. Her publications range from monographs to scholarly journal articles and online essays about musicals and mediated representations of immigrants, race, and ethnicity. She has also produced historical documentaries for American Experience/PBS, including Zoot Suit Riots (2002) and Remember the Alamo (2004).

Garcia received her Ph.D. in American Studies from Boston University and her B.A. in History from Wellesley College. She has taught at institutions large and small, including Mount Holyoke College, Ursinus College, and Arizona State University.

In her book, The Migration of Musical Film: From Ethnic Margins to American Mainstream (Rutgers University Press, 2014), Garcia traces the history of early sound era musicals from the makers of African American films and the transnational networks of Yiddish and Mexican cinema. As such, the book is also the first to document the role of immigrants and migrants in the making of the genre, both inside and outside of Hollywood. Challenging notions that the genre is merely escapist entertainment, The Migration of Musical Film shows the musical to be a significant cultural product that has withstood the test of time precisely because it has ministered to peoples of different backgrounds as they negotiated their position within American society. Musicals made by marginalized communities were resonant and influential cultural products that developed a formal language in response to the concerns of their communities, a language that was ultimately incorporated into what we consider to be the Hollywood musical. The book destabilizes the notion of film genre as a nation-bound concept and instead, positions the musical film as a site of multiple points of cultural convergence, social conflict, and artistic creation.

Garcia has written the soon to be published monograph, The Movie Musical, the latest in Rutgers' Quick Takes (Movies and Popular Culture) Series in which she explores the musical as a socially-relevant, adaptable, and mediating transnational genre. Her latest project, The Dressing Room: Backstage Stories and American Film, is a book about the relationship between space and performance narratives as they developed in American popular culture across time and generic space.

Desirée Garcia’s teaching at Dartmouth includes courses on the U.S.-Mexican Borderlands, Race and Gender in American Film, the Latinx Stage and Screen, The Musical and Mexican Cinema. 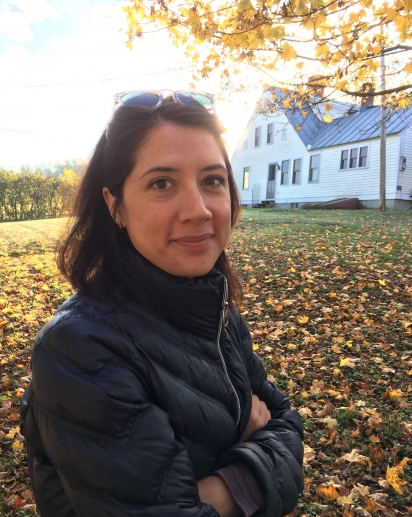 “The Dark Past and Diverse Present of Zoot Suit” in “Movies’ Most Memorable Mexican American Moments.” Zócalo Public Square (May 26, 2015).